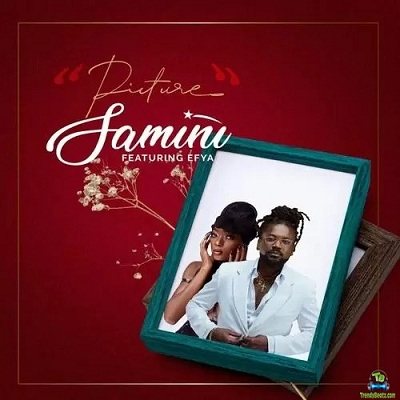 
Award-winning Ghanaian music maker, Samini, surfaced back into the music mainstream, with this beautiful record called "Picture", featuring Ghanaian versatile diva, Efya, who garced a wonderful performance to the record, which will be generally accepted by their esteemed fanbase and supporters out there.
Samini released this record after his collaboration with Loud City, Gappy Ranks and Dynamq, on the record called "Ride', where they all flex their vocal prodigy, still buzzing around and enjoying lots of streams, views and downloads on digital stores.

Nonetheless, this beautiful record "Picture", by Samini and Efya, is a mid-tempo soundtrack, one can relate to, sing-along and vibe with. Both music maestros created magic here. The record is so exciting refreshing as you listen to it. Released under the management of High-Grade Family, held by Samini.

Samini, whose real name is Emmanuel Andrews Sammini, is a Ghanaian Highlife, dance hall, reggae and hip-hop. He rose to prominence after his record "Linda". This artist has released seven studio bodies of work, since his inception in the game This latest record "Picture", is also a lead single to his forthcoming project, Burning.

Share Samini - Picture ft Efya Mp3 with others on;

Samini - Girl Is Mine