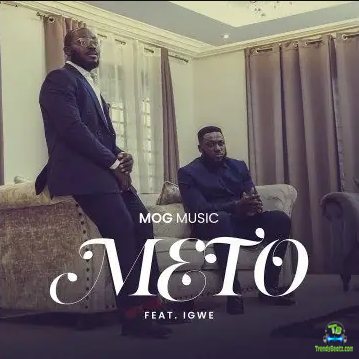 
Most-Talented Ghanaian gospel minister, MOGMusic, comes through with this mysterious record called "Meto", with vocal assistance from Igwe. This refreshing record is a lovely soundtrack, sure to uplift spirits across the whole nation. MOGMusic and Igwe created a robust sound here.
This record, is MOGMusic, debut single, after Sarkodie, enlisted him on his album "No Pressure", on the record called "I'll Be There", which is still blasting speakers, climbing major music charts.

Nana Yaw Boakye, professionally known as MOGMusic, is a Ghanaian gospel, singer-songwriter and pastor. This year 2021, he won Male Vocalist of the Year at Vodafone Ghana Music Awards. MOGMusic is so talented and gifted, and he keeps giving his fans good music, calling them closer to God.
Here comes this latest one called "Meto", by MOGMusic featuring Igwe.


Share MOG Music - Meto ft Igwe Mp3 with others on;

MOG Music - I'll Be There