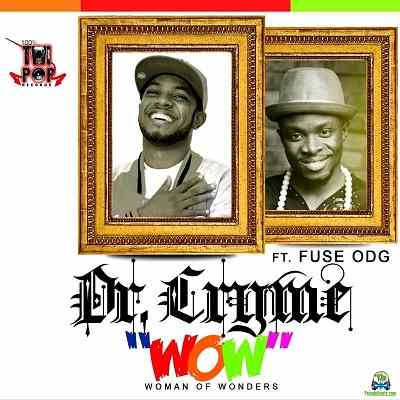 Wow, is a mid-tempo soundtrack, with infectious lyrics and amazing production. Dr Cryme and Fuse ODG really came through on this number, both music maestros shows off their growing versatility and writing skills to their music audience out there, which you can't get tired of listening to.

The record follows up after, Asabea. However, this year 2021, Dr Cryme, make a huge entry into the Entertainment Industry, with an extended play tagged "Kwasi", which sublimes five solid and dope tracks, starring Amerado, Ypee, Tammy and Flema T, where he showed his fans, that hasn't diminished more faded since he came initially as a rapper in the game.

Dr Cryme - I Wanna Turn Up