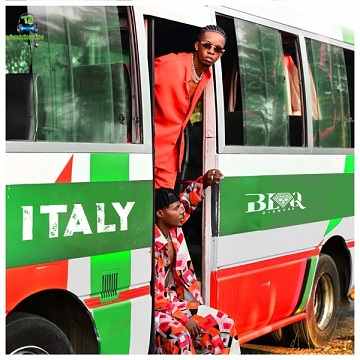 
Ambitiouz Entertainment duo, Blaq Diamond has come through with a new song with a new Amapiano tune titled "Italy". They released this song not long ago which has started making trends in South Africa and across the country as well. The song is another one from Blaq Diamond they released to put smiles on the faces of their music fans.

Blaq Diamond are two of the South African and African celebrated duo singers. They have been active since 2011 satisfying the fans with their studio records which are still making trends in SA and across the country as well.

This day, they dropped this song "Italy" which is a follow up after giving us "Ama Criminal Record" which was released a few months ago. The new song "Italy" rises from the Amamiano genre which is said to be part of their forthcoming project that may be out at any moment from now. So right here on TrendyBeatz, the song "Italy" is another one to update your playlist.