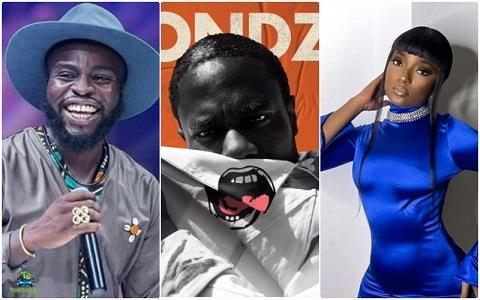 
The Ghanaian hitmaker M3nsa has dropped a new song titled "Format" having M.anifest and Efya as the vocal assistance.


British-Ghanaian rapper and singer M3nsa has hit again with a new interesting record "Format" calling in M.anifest and Efya, the Ghanaian indigenous crooners who played a big role in making the song a successful one. M3nsa dropped this collaborative song in the year, 2021 which has been gaining fans attention and gaining lots of streams and views on the platforms.

Still enjoying his previous drop "Eyes But No Eyes", the singer has shown it's not yet over for him. He dropped this interesting record "Format" where he requested vocal from M.anifest and Efya who did as much as expected on the song. Both crooners did wonderfully in giving the song nice flows and positive vibes that will be acceptable to the fans. The song is another one you've been wanting to overhear from and trust me, you won't like to miss it.

M3nsa (Mensa) - Questions For The Gods