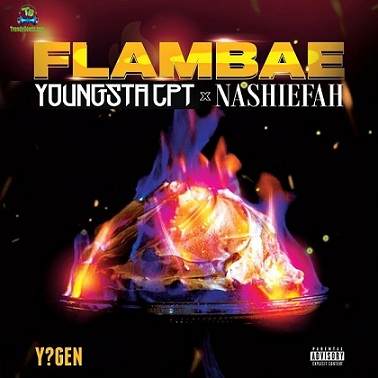 
Riyadh Roberts, known as YoungstaCPT continues his music with another classic record "Flambae" having Nashiefah as the vocal assistance. YoungstaCPT dropped this song a few hours ago which has been making trends in South Africa and across the country. The song is another one from YoungstaCPT where he still maintains his unique style of rap flow that makes fans go crazy about him.

Riyadh Roberts known professionally as YoungstaCPT is a South African rapper and songwriter who is described as one of the most outspoken South African emcees of this generation. The rapper has done so much in the industry and his records are still gaining lots of streams on the digital streaming platforms.

The song "Flambae" is a follow up after giving us "New Takkies" which was released a few days ago. To keep the buzz ongoing, he dropped another exciting tune enlisting the likes of Nashiefah who took the chorus and blessed it with her sweet voice. Both crooners did perfectly well and the song is another one to update your playlist this time.