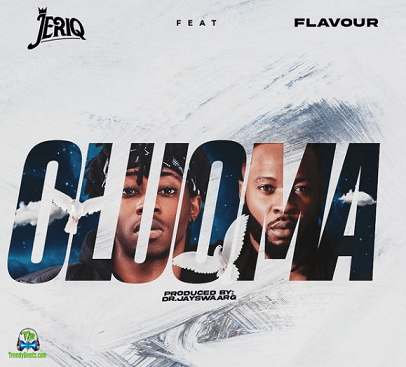 Here we have a new collaboration on the song "Oluoma" perfomed by the Ijele of Africa, Flavour and Nigerian East side act, JeriQ.


Finally, the song is out... "Oluoma" the new anticipated song has been released featuring Flavour but was officially owned by JeriQ, the Nigerian Eastside rapper who has become the rave of the moment. The song "Oluoma" was made worldwide this year, 2021 which has been going viral and being massively played out there. The song is another one from JeriQ you have been wanting to overhear from and here you have it.

JeriQ is one of the Nigerian raves of the moment who satisfies his fans with his unique rap vocal. The song "Oluoma" was such an anticipated one from him. The fan was so excited after he revealed it via his social media handles hoping to have it as soon as possible.

Today as promised, he dropped this phenomenal record enlisting the likes of Mr Flavour as the vocal assitance who played a big role in the song by giving the song nice lyrics that will be more engaging and acceptable to the fans. The song is another one to update your playlist and trust me you won't like to miss this one from JeriQ.


Share Flavour - Oluoma ft Jeriq Mp3 with others on;