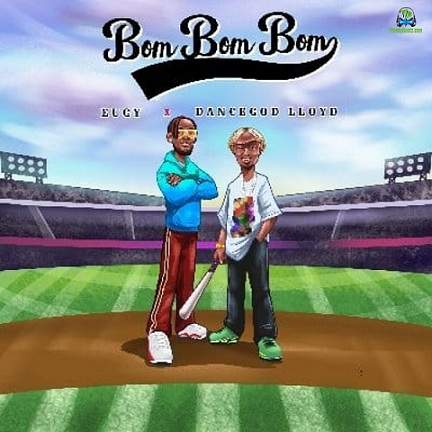 
Seize this fresh music coming from UK-Based Ghanaian artiste, Eugy in which he tags, Bom Bom Bom, featuring Dancegod Lloyd, who got a verse to showcase his talent, disclosed this year 2021.
Eugy released this sparkling remedy after he created wonders with Ghanaian prolific rapper, Medikal, on the record called, Osu Freestyle, where both music maestores, flex their vocal prodigy, which is still blasting speakers.

Still enjoying the record. Eugy updates our playlist with this studio number, Bom Bom Bom. Eugy band Dancegod Lloyd took their fans to another level on this number. The record is a perfect blend of Hip Hop music, capable of lifting you on your feet. They really came through on this record.

Eugy whose real name is Eugene Entsir is a Ghanaian-British singer, songwriter and performer, known for his record, "Dance For Me", which features Nigerian Afropop singer, Mr Eazi. This artist has released copious records since he came initially as a singer in the music scene. Enjoy, Bom Bom Bom, which features Dancegod Lloyd.

Eugy - Enough For Me

Eugy - Show Me The Light

Eugy - Show Me The Light (Video)

Smallgod ft. Eugy - I Go Give