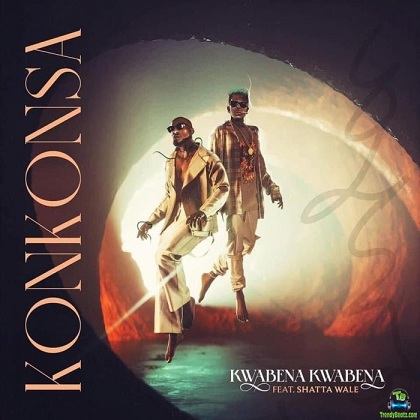 
Most-Decorated Ghanaian artist, Kwabena Kwabena unfolds this interesting record he tags, Konkonsa, with vocal assistance from Shatta Wale, who graced a wonderful performance to this record.
Konkonsa, is a groovy soundtrack, with insightful lyrics and amazing production. Kwabena Kwabena and Shatta Wale, created wonders here, displaying their vocal prowess and refined polished abilities, which their music listeners will be pleased to hear. It was disclosed this year 2021.

Moreover, Kwabena Kwabena came through with a number after he gave us, Kwadede, a record he uses to kick off this year 2021. This artist is one of the respected singers in Ghana. He rose to fame after his debut album called, Aso, in 2004. According to Wikipedia, three songs from the album were used in the soundtrack of Sparrow Productions's The Perfect Picture.