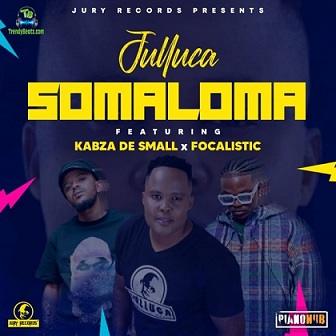 This season of the year, Jury Records hit-maker, Julluca offers a new Amapiano record "Somaloma" having Kabza De Small and Focalistic as the guest artists. He dropped this song not long ago which has been making trends in South Africa and across the country as well. The song "Somaloma" is a perfect record that will make you hit the replay button again.

The song "Somaloma" servers as Julluca's second official single for the year. He teamed up with Amapiano genius, Kabza De Small and Focalistic to deliver something special and impressive that will off your head this time.
"Somaloma" is a dance anthem that brings out every Amapiano vibes. The song is on point which has been gaining fans attention and accumulating lots of streams and views on the platforms.