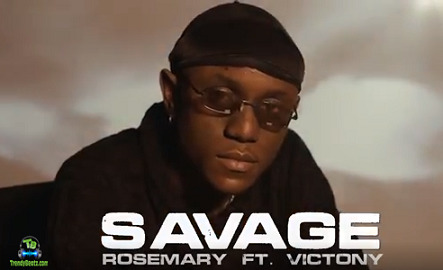 
Talented music crooner, better known as Savage unleashes the official music video of his record called, Rosemary, which features Nigerian music maker, Victony, who changes the scenario, with his unique chrous, which was well-accepted by his music audience and supporters.

Now, here comes a colourful video of one of the records named, Rosemary, which was shot and edited by sensational videographer, Jyde Adal. Enjoy below.


Share Savage - Rosemary (Video) ft Victony Mp3 with others on;