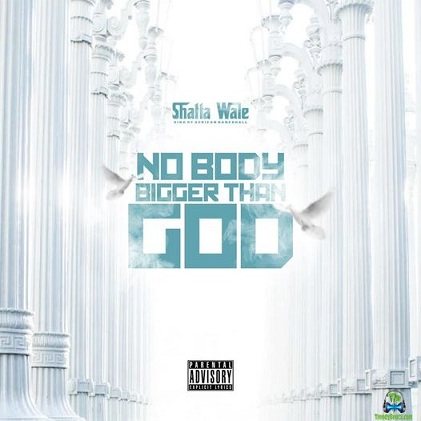 Track Title: Nobody Bigger Than God


Notable Ghanaian dancehall sensational musician, better known as Shatta Wale unfolds another astounding harmony named, Nobody Bigger Than God, for the listening pleasure of his music audience.
This record follows up after his song, Jail Man. Shatta Wale, who is known for his versatility and credibility outdoor this beautiful number, one can't afford to miss, which was produced Chensee Beatz.

Shatta Wale is one of the Ghanaian singers who never misses in releasing good songs. He has a very unique versatile pattern in making music, he has contributed immensely to the growth of dancehall music in Ghana.
Charles Nii Armah Mensah Jr, known as Shatta Wale is a Ghanaian renowned singer, songwriter and performer. His best-known singles are "Dancehall King", "My Level" and "We Taking Over".


Listen to Shatta Wale - Nobody Bigger Than God Mp3 Here!


Share Shatta Wale - Nobody Bigger Than God Mp3 with others on;

Shatta Wale - Love Is A Medicine

Shatta Wale - Why Always Me