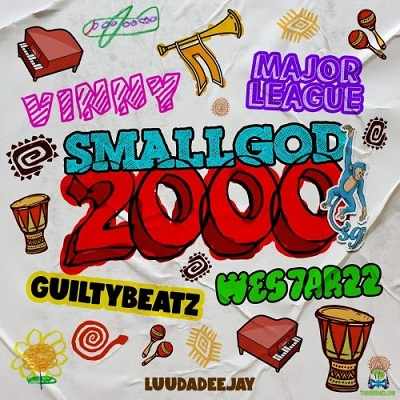 Smallgod collaborates with, GuiltyBeatz, WES7AR 22 and Uncle Vinny, on this studio number tagged, 2000.


Ghanaian audiomack ambassador, Smallgod released this beautiful song called, 2000, starring GuiltyBeatz, WES7AR 22 and Uncle Vinny. It was this year 2021 that this interesting song was outdoor.
2000, is a groovy record, with dope lyrics and lively verses. Smallgod, GuiltyBeatz, WES7AR 22 and Uncle Vinny, created wonders here that will be generally accepted by their esteemed fanbase and the music community.

Moreover, this masterpiece soundtrack came through after his debut body of work named, Building Bridges, which houses 20 beautiful tracks featuring high profiled musical artists from Ghana. Nigeria and Tanzania namely; Kwesi Arthur, 2Baba, Tiwa Savage, Harmonize, Efya, Eugy and many others.
Still enjoying the album. Smallgod dished this single record named, 2000, which features GuiltyBeatz, WES7AR 22 and Uncle Vinny. 2000, is a great and awesome piece of music you will want to add to your playlist and play endlessly.