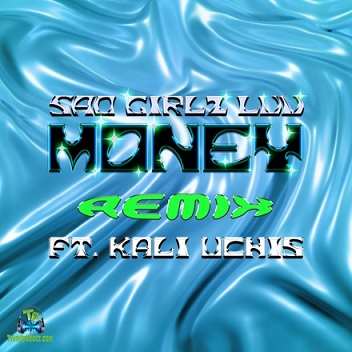 
Here we offer you the song "Sad Girlz Luv Money (Remix) New Song" performed by the fancy singer, Amaarae featuring Kali Uchis, the American female singer and songwriter. Amaarae released this song in the year, 2021 which has been gaining lots of streams and fans positive remarks on the platforms.

Ama Serwah Genfi, known professionally as Amaarae, is a Ghanaian-American singer and songwriter known for her work around the representation of gender and race in music. The song "Sad Girlz Luv Money" was taken from her new album, "The Angel You Don't Know", an album of 14 tracks with vocal assitance from Ckay, Maesu, Kojey Radical, Cruel, Moliy, Princess Adjua and others.

The song " is one of the best tracks in the album and today comes the remix which featured, Kali Uchis. The singer perfomed well in the song and goes beyond expectation. Both singers did awesomely in shocasi9ing their capabilities and the song is another one to update your playlist this time.

Listen to the song below!

Ckay ft. Amaarae - Show My Side