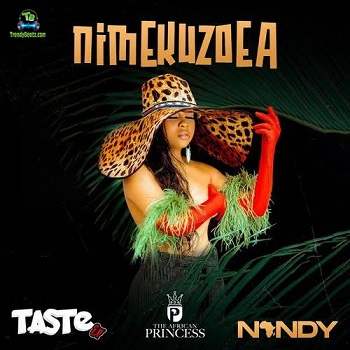 
The Tanzanian female singer, Nandy delivers another sound tune tagged, "Nimekuzoea". This song was released in the year, 2021 which is right now hit one which has already been gathering lots of streams on the digital streaming platforms due to its hit sound and vocals.

Nandy is one of the Tanzanian trendings and decorated female singers who have been out there for the listening pleasure of her fan base. She is currently signed to Epic Tanzania Record label.

This song is a follow up after his successful and still trending song "Leo Leo" which featured Koffi Olomide. The song was released earlier this year which made a hit after its publication. Now, She has made a new walking in the scene with this amazing tune for the listening pleasure of her fans.