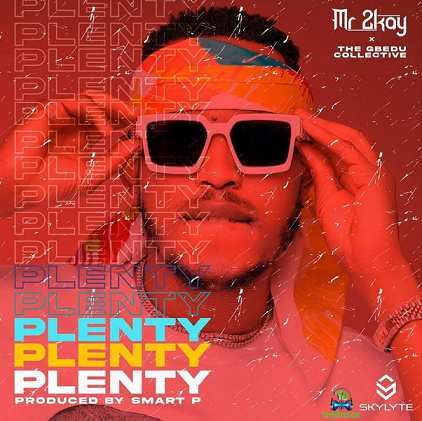 Mr 2kay, a renowned Nigerian musician, surfaced back into the music mainstream, with this beautiful record called, Plenty.


Very talented Nigerian artist Mr 2kay is out again in the music scene after long hiatus with this record named, Plenty. This mind-blowing record, is a groovy soundtrack, which is capable of lifting you on your feet.
It was this year 2021, that this extraordinary soundtrack was dished, with the production driven by Smart P. The record is so exciting and refreshing as you listen to it.

Mr 2kay has been in the game for over a decade now. His best known for his record, God Can Bless Anybody, in collaboration with Nigerian singer and record producer, Idahams, which was released in the year 2018.
Mr 2kay contribution to the Music Industry has earned him several achievements. Now, here comes another single jam, from the Port-Harcourt-born entertainer, Mr 2kay tagged, Plenty, released under his imprint Better Life Entertainment.