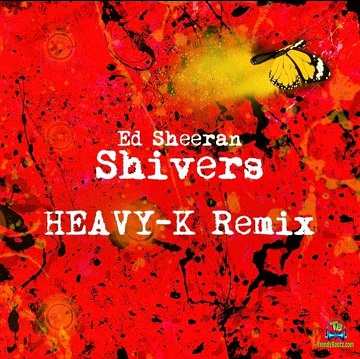 
And here we have the Amapiano remix of the song "Shivers" by Ed Sheeran with Heavy-K.


"Shivers" is one of the world's most-played songs nowadays. It was released by Ed Sheeran a few months ago through Asylum Records UK. After many versions of this phenomenal record, the English singer meets up with the South African heavyweight singer, Heavy-K to create the Amapiano remix. The song was released about a few hours ago and fans are delighted about the new song release.

The song "Shivers" is the second single from Ed Sheeran fifth studio album. According to Wikipedia, the song "entered atop the charts in the United Kingdom and Ireland, dethroning Sheeran's previous single "Bad Habits" after eleven consecutive weeks at the summit in both countries". "It also topped the charts in Austria, Germany, Sweden and Switzerland and peaked at number six on the Billboard Hot 100".

Ed Sheeran made one of the best hit songs this year. Similar to his previous releases, the song "Shivers" is one of the best with 69,080,773 million views on the Youtube channel for its official video. Due to the song massive trend, the latest version was made with one of the African music genres, "Amapiano" which mostly the African artists have been utilising in entertaining the fans. Truly, the Amapiano version is another amazing one where Ed Sheeran made a wondrous performance for the listening comfort of his fans worldwide.


Share Ed Sheeran - Shivers ( Heavy-K Remix) Mp3 with others on;