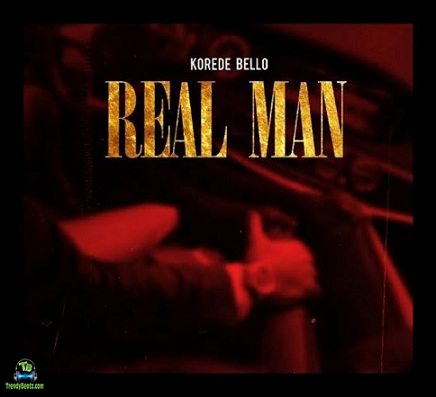 
Nigerian music lover and versatile singer, Korede Bello has released a new hit jam which he entitled " Real Man" as his 2021 hit start-up song. He released this new song after its announcement about a few hours ago on his Twitter page. Now he has fulfilled it as he said to be released soon and it's now trending all over the Nigerian music areas due to the song beats and vibes. This song was produced by Ozedikus.

Korede Bello is a Nigerian singer and songwriter signed a record deal with Mavin Records in 2014. He is best known for his hit single "Godwin", a semi-gospel and pop song which became a national anthem and topped many music charts across Nigeria. He released this new song to entertain all his fans.

Korede Bello has been a little away from the studio and the music industry, but recently he Dishes out this new one to show his fans that he's still present in the industry. This song is also making a big wave in other African countries due to the vibes from the Nigerian top-rated artist.


Share Korede Bello - Real Man Mp3 with others on;