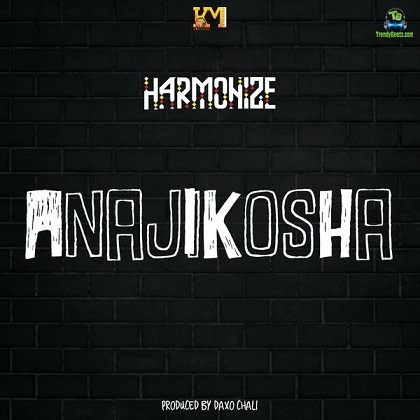 Award-Winning Tanzanian singer under WCB Wasafi Records, Harmonize comes through with this mid tempo soundtrack, Anajikosha, as one of his first single this new year been 2021, to make his music fans and lovers happy, as they start this new year with this sound, Anajikosha by Harmonize was just released in some few hours ago, which is a mind-blowing record. Produced by Daxo Chali.

This sound, Anajikosha, by Harmonize follows after his last previous hit, Wapo, which is still buzzing around the streets, clubs and areas. Rajab Abdul Kahali professionally known as Harmonize is a Tanzanian musician, who started his music career in 2011, known for hit, Aiyola, which was a successful jam, and gathered around 21,183,111 views on YouTube video. Just recently he dropped this one, Anajikosha, to thrill his fans.