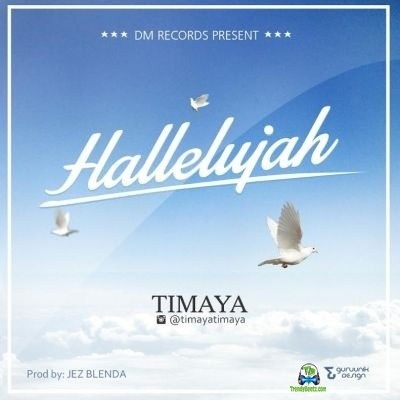 
Prominent Nigerian musical artist, Timaya unfolds this dazzling record called, Hallelujah, for the listening delights of his music audience and supporters, with boost production from Jez Blena.
Timaya who is known for his credibility and versatility in the music scene really came through on this melody, a song he uses to glorify the name of the Almighty God, for His blessings, favours and kindness. Timaya is known for releasing this kind of song.

Inetimi Timaya Odon professionally known as Timaya is a Nigerian singer, songwriter and performer. He's known well for his record, "Dem Mama", a song off his debut album, True Story. Timaya talent is undeniable. He has won several awards in the music scene.
Finally, this song, "Hallelujah", a groovy record, one can relate to, which released in the year 2015, and will continue to linger on the playlist of his music fans and supporters.

Duncan Mighty ft. Timaya - I Know I Know That