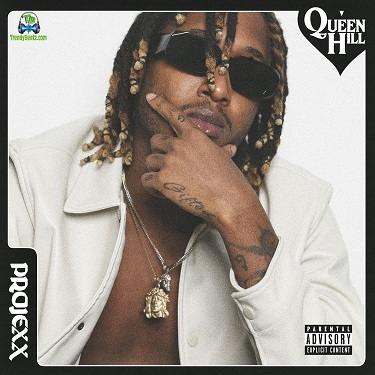 Still enjoying his previous releases, the Jamaican recording act, Projexx just dropped the song "Bigga League" having Bakersteez as the vocal assistance. He released this collaborative song in the year, 2021 which has been gaining fans attention and accumulating lots of streams and fans positive remarks.

As promised today, the song "Bigga League" comes from Projexx new Extended Play named "Queen Hill" which has become the new project to enjoy this summer. The singer just hit us with his new project where he showcases his potential and capability.

The project is a great one blended together with many genres, featuring vocals from Bakersteez, Toian, Jesse Royal and Ruger who played a big role in making the project done and dusted. From the EP, the song "Bigga League" stands as the 2nd track to update your playlist this time.