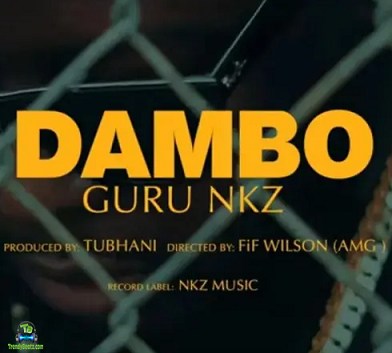 
Talented Ghanaian music maker, Guru comes through with this delightful record named, Dambo, as one of his 2021 songs, which is a potential hit jam, highly-anticipated...
Guru released this record after giving his fans, Nana Ama, which is still buzzing around, collecting lots of streams, views and downloads across digital stores.

Still enjoying the song, Guru dished out this number, Dambo, for the listening pleasure of his fans, he really came through on this melody, one can't afford to miss, solely produced by TubhaniMuzik.
Guru is one of the most sort musical artost in Ghana. He has a very unique versatile pattern in doing music. Some of his previous songs are, "I Can't Feel My Legs", "Oyiwa", "Who Born Dog (Kuami Eugene Diss)", and many more credited to him.

Guru - I Can't Feel My Legs