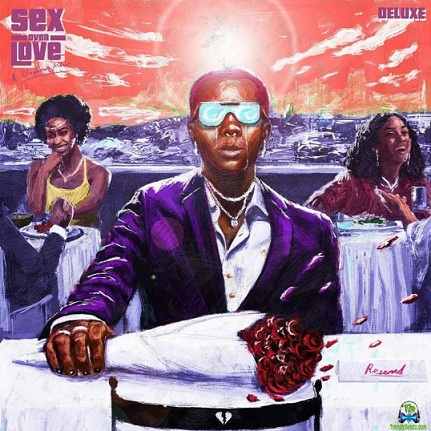 
Shut Up, gets a remix, as the Chocolate City recording artist, Blaqbonez delivers again...


Renowned Nigerian rap titan, Blaqbonez unfolds this record named, Shut Up (Remix). On this remix, he enlisted Kwesi Arthur, Tellaman and Kuami Eugene. They all performed well on this remix, which will be generally accepted by their fans and the music community.

Blaqbonez is one of the Nigerian rappers who hardly take a break in giving his fans a good quality record. The collaboration on this catalogue is so wonderful. Blaqbonez, Kwesi Arthur, Tellaman and Kuami Eugene, gave their best vocal performance without anyone subjugating each other. If you really listened to this first version, you won't delay listening to the remix.

Nevertheless, this melody is the fifth track that made up Blaqbonez most-anticipated body of work called, Sex Over Love (Deluxe), solely produced by Tempoe. Blaqbonez has been holding it down for quite some time now, gaining lots of attention due to his highly rated style of rap music.