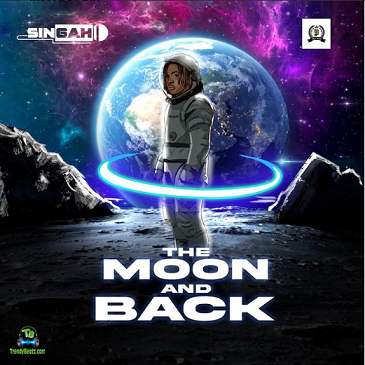 
After many releases over the years, the Nigerian music lover, Singah puts out a new record "Bumshot" to take over. He dropped this song not long ago which has been giving pleasure to the fans and becoming the new song to deal with this time. The song "Bumshot" is a new song from his new and anticipated album "The Moon And The Back" under the imprint of P Classic Records.

This time, we've seen why Singah has been silent all this time. He just rises with a new phenomenal album where he showcases the highest echelon of his talent and potential. Going back to his 2018 hit song "Teyamo" which was massively played after its release. Today, he has come to steal the show and give it a new blissful; appearance.

From his new album, the song "Bumshot" is one of the hit tracks produced by Shugavybz. It stands as the 6th track to make one of your favourite songs this season.