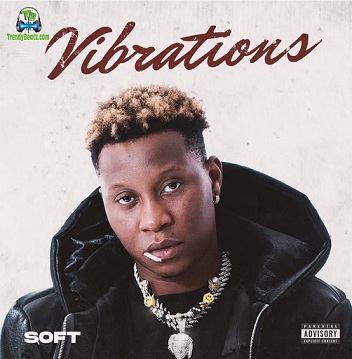 The Nigerian lover boy Soft has come back again with the song "Hot Boi" to excite his fans.


One of the Nigerian respected singers, Soft surprises the fans again with this masterpiece soundtrack called "Hot Boi" and fans are widely excited about his impressive performance this time. The song was taken from his new and anticipated Extended Play called "Vibrations" which has been served on all platforms.

Collins Uche Faith known by his stage name Soft is a Nigerian singer and songwriter who hit in each of his drops. He is popularly known across Nigeria for his hit song "Tattoo" which was released in 2017. His 2019 debut song "Money" was a hit after its release which later features the Nigerian Afrobeat singer Wizkid. The official video of the song has accumulated over three million views on Youtube.

This season, the Dagogo Recording act has come with full energy to steal the show with his new project where he's trynna to the fans that it's not yet over for him and the audience out there. From the album, the song "Hot Boi" is one of the best tracks that appeared as the 4th track to make one of your favourites.