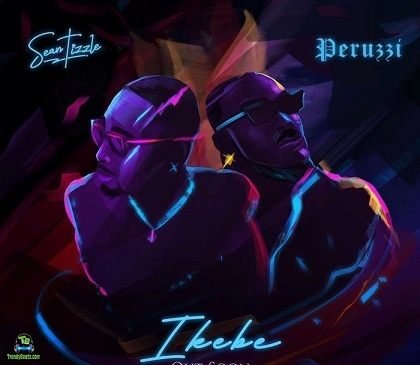 The Nigerian singer, Sean Tizzle has come through with a new song titled "Ikebe" featuring Peruzzi.


One of the Nigerian celebrated Nigerian singers, Sean Tizzle surprises the fans with a new dazzling record "Ikebe" having Perizzi as the vocal assistance. They released this collaborative song a few hours now which has been going viral and becoming the new Afrobeat song to enjoy this time.

Morihanfen Oluwaseun Oluwabamidele, known by his stage name as Sean Tizzle, is a Nigerian singer and songwriter who has been satisfying his fans with classic records. He is one of the multi-award-winning singers in Nigeria with numerous songs that are still ringing in the minds of his fans.

As the year, is coming to an end, Sean Tizzle made an appearance with full energy to turn up the industry with this phenomenal record where he called the DMW recording artist, Peruzzi who spice the song with his voice. Both singers did amazingly and the song is another one to make one of your favourites this summer.


Share Sean Tizzle - Ikebe ft Peruzzi Mp3 with others on;