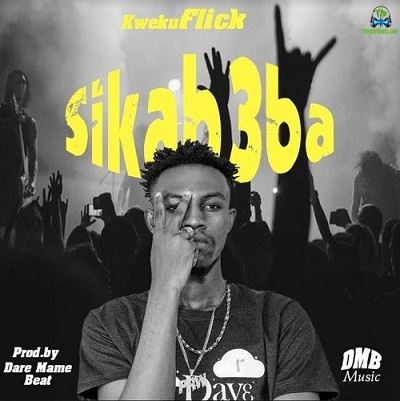 
Young talented Ghanaian music singer and rapper, Kweku Flick comes through with this exciting record named, Sika B3ba, for the listening pleasure of his fans and lovers of Hip Hop music, released in the yaer 2021.
Kweku Flick is one of the Ghanaian growing artists his music fans keep increasing day by day. Kweku Flick on his own part makes sure he gives them good quality records, showing his God-given talent.

Sika B3ba, is another tremendous record coming from him. He really came through on this record, with boost production from Dare Mame Beat, released under the management of BKC Record Label.
Moreover, this catalogue follows up after, Attack, which features Strongman. Some of his previous records are, "No Sleeping", "For Money", "Holding On" and many more credited to him.


Share Kweku Flick - Sika B3ba Mp3 with others on;