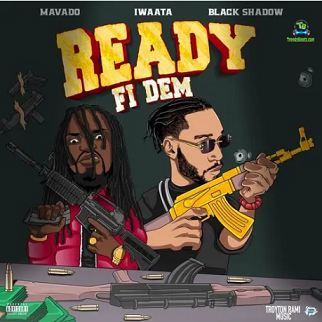 
Jamaican dancehall singer, Mavado has come again with a new dazzling record "Ready Fi Dem" to excite his fans. The song features Iwaata and Black Shadow who rendered good services to the song. The song "Ready Fi Dem" was made worldwide not long ago which has been making trends and collecting lots of streams on digital streaming platforms.

Constantine Brooks, better known by his stage name as Mavado, is a Jamaican dancehall singer, who is signed to We the Best Music Group and formerly to Cash Money Records. This Jamaican singer, Mavado has become one of the Jamaican and African top-rated singers with numerous records that are still making trends.

After many releases and still keeping his records, he made a new offering for the season with the song "Ready Fi Dem" where he called in Iwaata and Black Shadow who added their own voice to create a unique record for the listening delight of the fans.