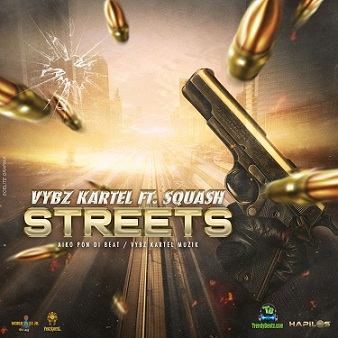 
After many releases over the years, the Jamaican celebrated singer, Vybz Kartel shares a new single titled "Streets" having Squash as the vocal assistance. He dropped this song in the year, 2021 which has been making trends in Jamaica and across the country as well.

Adidja Azim Palmer better known as Vybz Kartel, is a Jamaican reggae dancehall recording artist, composer, record producer and entrepreneur. He has been active since 1993 and his records are still making trends and gaining millions of views on the Youtube channel.

The song "Streets" is a follow up after "Everybody Bad Till" which was released a few weeks ago. Still keeping his records, he decided to offer the new song "Streets" where he requested vocal assistance from Squash who rendered good service.


Share Vybz Kartel - Streets ft Squash Mp3 with others on;