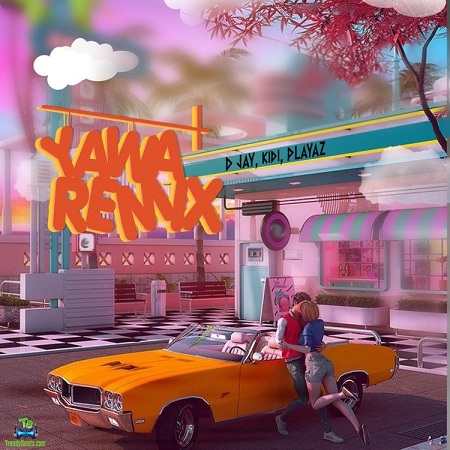 Talented Ghanaian artist, D Jay released the remix of his mega-hit called, Yawa, in which he features KiDi and Playaz.


Gifted Ghanaian artist known as D Jay pins out this masterpiece record called, Yawa (Remix), in which he hires studio appreance from KiDi alongside, Playaz. It was in the year 2021, that this beautiful harmony was unlocked.
On this remix, D Jay, KiDi and Playaz took their fans to a whole level. Starting from the lyrics, vocals and instruments. The record is a must-listen-to all sundry.

D Jay is one of the Ghanaian growing singers, working hard for himself. Some of his records are, "Ryno", "Joy", "Wamba" and many more credited to him. He has collaborated with the likes of Black Sherif, Spacely and more to come.
This record, Yawa (Remix), which features Ghanaian Afro-pop singer KiDi and Playaz is ascertained to thrill all who listens to it. Check it out below.