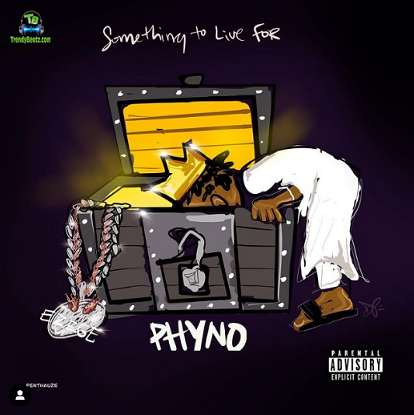 The Nigerian rapper and singer has come through with another masterpiece soundtrack titled "OnyeNwa" off his new album.


Have you been wanting a new song from Phyno?... Here is another one titled "Onye Nwa" where he did awesomely for the listening delight of the fans. He dropped this song not long ago which has been making a huge trend and gaining lots of streams on the digital streaming platforms. The song "Onye Nwa" rises from his new and anticipated body of work album titled "Something To Live For" which has been served out.

From the album, the song "Onye Nwa" is one of the best tracks where Phyno showed another side of his potential by giving the song a nice vocal and catchy lyrics that will be more enjoyable and acceptable to the fans. It stands as the 9th track with a special production from Chillz that will take your enjoyment very far and be worth a place in your favourite playlist. Trust me, you won't like to miss this one from Phyno this time.