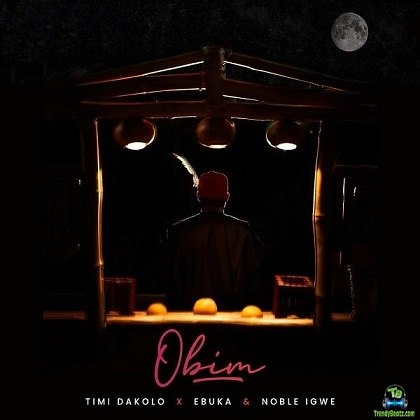 
Multifaceted Nigerian music maker, Timi Dakolo unfolds this exciting song named, Obim, featuring Nigerian media personages, Ebuka and Noble Igwe, released in the year 2021.
Obim, is a perfect blend of Highlife music. The record is ascertained to put smiles on the faces of all who hearkens and vibe to the melody, recorded in Igbo and English language.

Timi Dakolo comes through with this song after he gave us, Everything (Amen), a mysterious soundtrack, He uses to open his music account this year 2021, which also has a music video, shot and edited by sensational videographer, Frizzle n Bizzle Films.
Finally, here comes another sizzling record from Timi Dakolo tagged, Obim, starring Ebuka and Noble Igwe. The song will surely keep you excited as you listen to it.