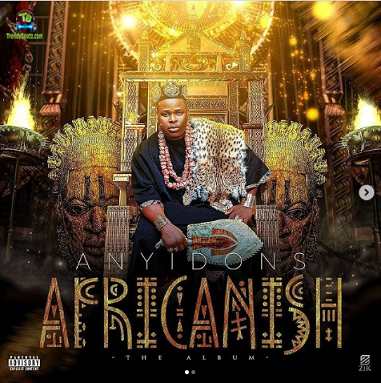 The Nigerian singer, Anyidons has come through with a new song named "Igbotic (Jee Choo)" featuring Kcee off his new album.


One of the Nigerian highlife singers, Anyidons offers a new song named "Igbotic (Jee Choo)" featuring Kcee. He released this not long ago which has been gaining fans attention and accumulating lots of streams on the digital streaming platforms. The song "Igbotic (Jee Choo)" rises from his new and anticipated project album called "Africanish" which houses 12 tracks with no guest appearance.

Frank Ifeanyi Dons popularly known as Anyidons is a Nigerian highlife musician songwriter and performing artist. who has worked alongside popular musicians like Kcee, Zoro and many other. Still keeping his records, the singer made a new entry into the public eye with a new phenomenal album "Africanish" to entertain his fans.

From Africanish album, the song "Igbotic (Jee Choo)" is one of the interesting tracks that stands as the 11th track with special production and acceptable lyrics that will surely be worth a place in your favourite playlist.