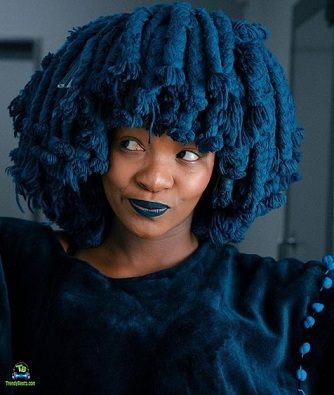 Sanelisiwe Twisha, known professionally as Moonchild Sanelly is a South African musician and dancer who is known for her signature blue-coloured hair and her self-created music genre called "Future ghetto punk". She is one of the South African top-rated female singers alongside Busiswa and others.

After many releases, she rises with full energy to take over the scene with her new Amapiano song "Soyenza" having Sir Trill who rendered good service in making the song a successful one. Both singes did perfectly well and the song is another one to update your playlist this time.