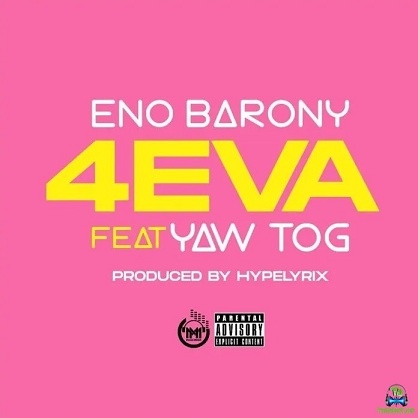 
Multi-Talented Ghanaian female vocalist known as Eno Barony unfolds this single anticipated soundtrack which she tags, 4eva, with vocal assistance from Yaw Tog, whose flavour was overwhelming in his verse part.
This masterpiece soundtrack follows up after, she gave us, The Next Chapter, which is still blasting speakers. Eno Barony teaming up with Yaw Tog, on this melody, 4eva, is mind-blowing., Both music artists did well on this record, to make it a succesful one,

Eno Barony is one of the Ghanaian loved female singers, who never misses in releasing good records. She has collaborated with several A-list artists like Sarkodie, Kelvyn Boy, Kofi Mole, Efya, just to mention a few.
This latest jam, 4eva, which features Yaw Tog, is sure to serenade your mind and earbuds. Its production was handled by a brilliant Ghanaian record producer, popularly known as Hype Lyrix.

Eno Barony - The Next Chapter