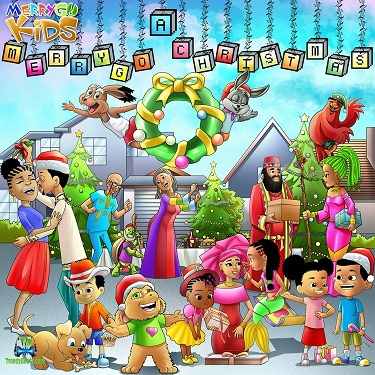 
To this day, Chioma Chukwuka honours the invite from MerryGo Kids as the vocal performer in this beautiful record "Boxing Day Vibes" which has been collecting lots of streams on the digital streaming platform. The song "Boxing Day Vibes" was one of the tracks from MerryGo Kids new album titled "A Merrygo Christmas" which comprises 10 tracks with lots of vocal assistance.

MerryGo Kids also known as (MGK) is the first African edutainment content community for babies, toddlers, children, parents, guardians, families and teachers. It was created in 2016 by Margaret and Oye Akideinde.

From the album, the song "Boxing Day Vibes" stands as the 10th track to make one of your favourites.

MerryGo Kids - We Wish You A Merry Christmas