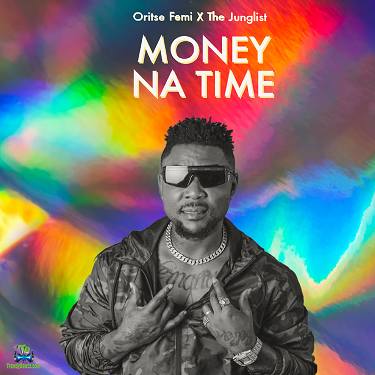 "Abunchi" is the new song by the Nigerian celebrated singer, Oritse Femi featuring The Junglist, off his new EP.


Still keeping his records, the Nigerian popular singer, Oritse Femi made a new offering with the song "Abunchi" having The Jungkist as the guest artist. He made this song worldwide a few hours now which was taken from his new Extended Play titled "Money Na Time" which has been served on all platforms.

Truly, Oritse Femi is a talented one who hit in each of his drops. This summer, he gave us 8 tracks of an EP, where still proves his capability and talent. Seeing his impressive performance in the project, the singer deserves all the praise from the fans. The new song "Abunchi" is one of the interesting tunes where he and The Junglist did awesomely by giving it a nice vocal and lyrics that will be acceptable to the fans.

From the album, the song "Abunchi" serves as the 7th track with a special production that will make you hit the replay button again and again. The song is another one to update your playlist this time.


Share Oritse Femi - Abunchi ft The Junglist Mp3 with others on;