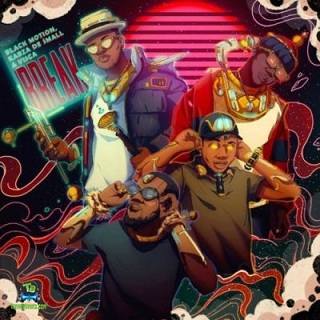 
Still keeping their records, the South African duo musician, Black Motion are back in the scene with a new song "Break" having Kabza De Small and Visca as guest artists. They released this song a few hours now which has been going viral and becoming the South African new sound to enjoy this summer.

Black Motion are a South African electronic duo musician. The duo are two of the South African top-rated crooners with lots of records that are still making waves in the industry and bringing the minds of their fans.

Still keeping their records, they decided to make a new offering this summer with the song "Break", having South African Heavyweight champion, Kabza De Small and Visca as guest artists who rendered good services in making the song a successful one. The song is another Amapiano record you've been wanting to overhear from and here you have it for your free download.