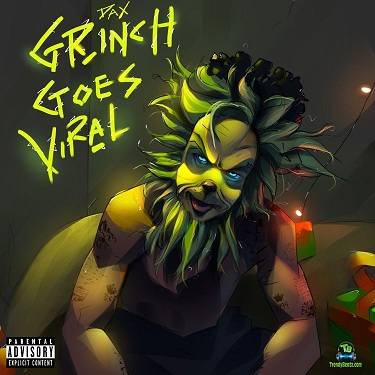 
International rave of the moment, Dax has come through with a new song tagged "Grinch Goes Viral". He made this song worldwide a few hours now which has been going viral and leaving other songs on mute mode. The song was distributed under the imprint of Living Legends Entertainment.

Daniel Nwosu Jr., better known by his stage name Dax, is a Nigerian Canadian rapper, singer, and songwriter. He is one of the international rappers and rave of the moment kicking off records back to back.

He rose to fame for the official music video of his song "Cash Me Outside" featuring Danielle Bregoli. Since then, the rapper and singer has been updating fans playlists with singles and projects that are still making waves in the industry.

Still keeping his records, he delivered a new song called "Grinch Goes Viral" which is a follow up to his previous record "The Next Rap God 2" which was released a few weeks ago. Talking to you right here, the official video of Grinch Goes Viral is out on the Youtube channel, also uploaded on TrendyBeatz.

Share Dax - Grinch Goes Viral Mp3 with others on;