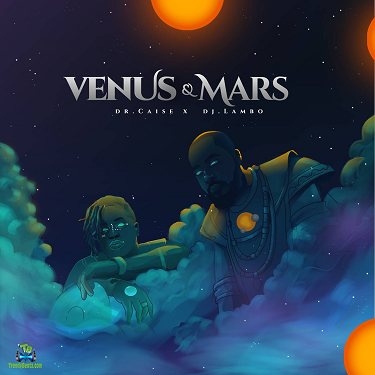 
Two of the Nigerian trending singers, Disc Jockeys and record producers, Dr Caise and DJ Lambo dropped the song record "Canopus" requesting vocal from Praiz, the Nigerian singer. They released this collaborative song in the year, 2021 which has been going viral and collecting lots of streams on the platforms.

The song "Canopus" was taken from Dr Caise and DJ Lambo new project called "Venus and Mars". The Extended Play that houses 8 tracks featuring Benie Macauly, Praiz, Ice Prince and Brown Joel who contributed to making the project a successful one.

On this one, Dr Caise and DJ Lambo called in the Nigerian divo, Praiz who added his sweet vocal to create a unique record for the listening delight of the fans. From the EP, the song "Canopus" stands as the 7th track that deserves a place in that your favourite playlist.


Share Dr Caise - Canopus ft Praiz Mp3 with others on;