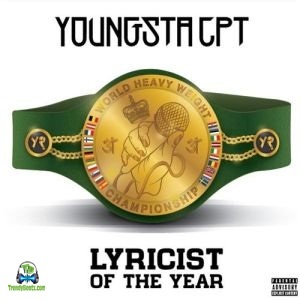 Track Title: Lyricist Of The Year


South African rapper and songwriter, YoungstaCPT surprises the fans with a new single titled "Lyricist Of The Year" which has started going viral and counting lots of streams on the digital streaming platforms.

Riyadh Roberts known professionally as YoungstaCPT is a South African rapper and songwriter. He is known for incorporating details about his Cape Malay culture and his Cape Town roots in his music.

The award-winning rapper who utilises the hip-hop genre is also described as "one of the most outspoken South African emcees of this generation". His records all these years can tell so much of his impressive performances.

Still keeping his records, he shared a new track titled "Lyricist Of The Year" where he acclaimed himself the name in celebration of his birthday. Truly, the song is on point and here you have it for your free download.


Listen to YoungstaCPT - Lyricist Of The Year Mp3 Here!


Share YoungstaCPT - Lyricist Of The Year Mp3 with others on;

YoungstaCPT - Lyricist Of The Year