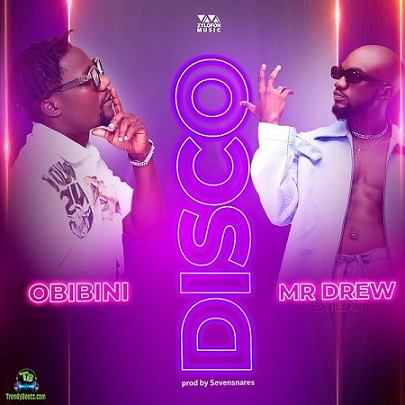 
Brillant Ghanaian musician, popularly known as Obibini is out again with this sizzling record named, Disco, as he taps the availability of Mr Drew, who adds his fantastic vocals to blend this house record, which was disclosed in the year 2021, under the management of Zylofon Music.

Disco is a groovy record, carefully crafted by Obibini, with combined efforts from Tulenkey, who gave out an iconic rendition, which will be generally accepted by his music audience and supporters. The collaboration between Obibini and Mr Drew is one of a kind. Sevensnares, was responsible for the production of this catalogue.

Moreover, this delightful record follows up after his song, Carcass (Amerado Diss 2). Obibini is one of the most sort musical artists in Ghana. He has collaborated with the likes of Stonebwoy, A.I and many others.


Share Obibini - Disco ft Mr Drew Mp3 with others on;