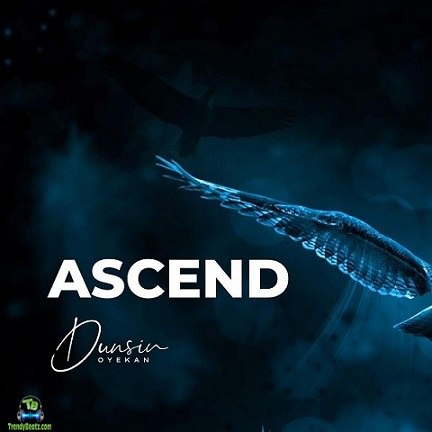 
Well respected Nigerian gospel singer and songwriter, Dunsin Oyekan comes through with this breathtaking record called, Ascend. Dunsin Oyekan really composed this song, for the strictly listening pleasure of his fans and the music community, discharged in the year 2021.

Ascend, is sure to uplift spirit across the whole nation. Dunsin Oyekan is one of the loved gospel singers in Nigeria, his muisc travels is no visa. He gained enough recognition with his song named, Amazing, in 2016, a record taken from his highly recommended project named, Code Red.

The aforementioned body of work bagged fourteen remarkable tunes, well-written and recorded by Dunsin Oyekan except tracks for featured artists. This particular entry called, Ascend, is another tremendous soundtrack we can get from him. Enjoy below.

Dunsin Oyekan - If All I Say Is Jesus

Dunsin Oyekan - Just You And Me