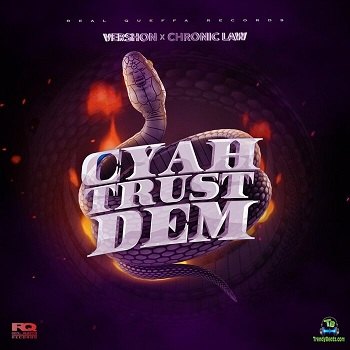 
Still keeping his records, the Jamaican Dancehall singer, Vershon from Kingston offered a new song titled "Cyah Trust Dem" having Jamaican trending superstar, Chronic Law as the guest artist. He released this song in the year, 2022 which has started making a huge trend in Jamaica and across the country as well.

Kemar Vershawn Brown known as Vershon is one of the Jamaican recording artists, making waves in the industry. He is now gaining a huge fan base due to his impressive performances.

Having few singles with, he made a new offering with this remarkable song "Cyah Trust Dem" where he called in Chronic Law who added his voice to create a unique record for the listening delight of the fans.