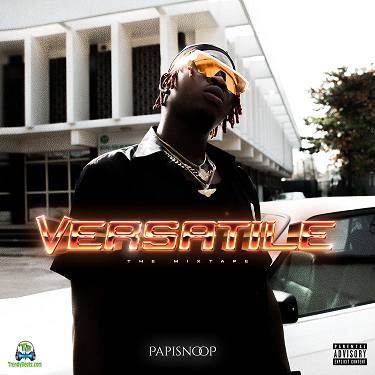 
Gifted Nigerian singer, Papisnoop offered a new favourite gift "Dreams And Imagination" to his growing fan base. The song featured Lil5ive, the Nigerian singer who added his voice to create a unique record. "Dreams And Imagination" is an Afrobeat song that was taken off Papisnoop's new project EP titled "Versatile" via Zanku Records / Dvpper Music.

Entering the year, 2022 with full energy, the Nigerian singer and rapper, Papisnoop made a new offering with such a remarkable project Extended Play titled "Versatile" which has been served on all platforms. It was released through Zanku Records / Dvpper Music.

Versatile is a great project of the Afrobeat genre where the crooner performed awesomely and showcases his potential and capability. The project houses six splendid tracks which featured vocals from Lil5ive, JayBhad, Superwozzy and PsychoYP, who aid in making it a successful one. Production was handled by Jadu Beats and JXSES.

Off this gorgeous project, the song "Dreams And Imagination" featuring Lil5ive ranks as the 3rd and the most interesting track you shouldn't miss this time. It was produced by Jadu Beats.


Share Papisnoop - Dreams And Imagination ft Lil5ive Mp3 with others on;

Papisnoop - All My Life

Zlatan ft. Papisnoop - If You No Know