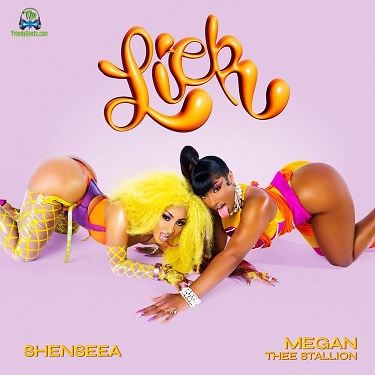 
With much anticipation, the international and Jamaican Dancehall singer, Shenseea satisfies the fan with "Lick" having Megan Thee Stallion as the guest artist who rendered good service in making it an impressive one. She released the song a few hours now which has started making a huge trend internationally.

Chinsea Lin Lee, known professionally as Shenseea, is a Jamaican dancehall singer and songwriter, due to her impressive performance and consistency in the game, she is now being celebrated in Jamaica and internationally.

This season, as the year is just getting started and thinking of what will be offered to the fans, she presented this hip-hop and Rap song "Lick" where she showcases the highest echelon of her Dancehall music style.

On this one, she enlisted the likes of the American rapper, Megan The Stallion who did justice to the song by adding her voice to create a unique record for the listening delight of the fans. The song is now massively played out there and fans are widely excited. Trust me, you won't like to miss this offering from Shenseea.

Share Shenseea - Lick ft Megan The Stallion Mp3 with others on;

Shenseea - Lying If I Call It Love