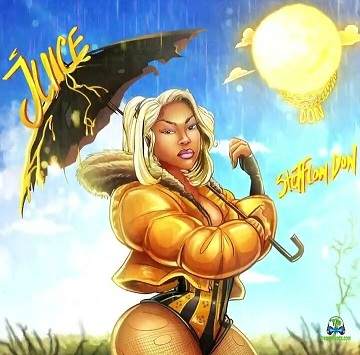 The British rapper and singer, Stefflon Don puts out a new single titled "Juice" to excite her fans.


One of the trending international female singers and rappers, Stefflon Don releases a new favourite gift titled "Juice" and fans are widely excited about her new release. She made this song worldwide a few hours now which has started making a huge trend in Jamaica and internationally.

Stephanie Victoria Allen better known by her stage name Stefflon Don is a British rapper and singer of Jamaican descent. She rose to fame after her 2017 single "Hurtin' Me" featuring French Montana peaked at number 7 on UK Singles Chart. Since then, the Hip-hop and Dancehall singer has been satisfying the fans with her studio records and entertainment in general.

Thinking of what to offer to the fans as the year is just getting started, she made an entry into the public eye with this stunning record "Juice" where she performed well by giving it nice vocal ad lyrics that will be enjoyable and engaging when overhearing from it. Truly, the song is on point and it's another one that will make you hit the replay button again and again. Trust me, you won't like to miss it.