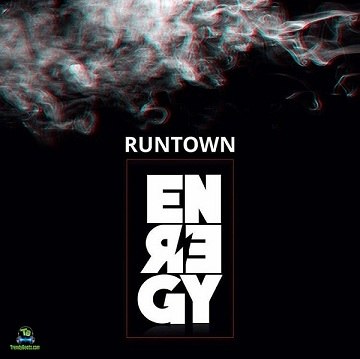 
The Nigerian recording act, Runtown offers another beautiful song titled "Energy" and fans are excited about his new release.


Still climbing higher, the Nigerian and international hitmaker, Runtown released another impressive tune titled "Energy". He made this song worldwide in the year, 2017 which is now massively played in Nigeria and across the country as well.

Douglas Jack Agu, better known by his stage name Runtown, is a Nigerian singer, songwriter and producer. Due to his remarkable performances all these years, he is now being celebrated in Nigeria and internationally.

As the year 2017 is about to end successfully, Runtown kicks off a new dazzling record as he claims a life of abundance and even wishes good to his enemies as he sings "More life to my enemies". In the song, the Hip-hop crooner performed well as he uses to do and fans were excited about his new offering.