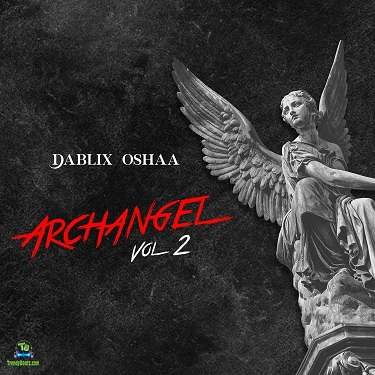 
As the industry is now full of excitement, the Nigerian rapper, Dablixx Osha kicks off a new record which was titled "Am Ready Now". He released this song in the year, 2022 which was taken from his new splendid body of work album titled "Archangel Vol 2" which has been served on all platforms.

After the succesful release of his "2019" Extended Play this year, 2022, the Nigerian rapper, Dablixx Osha, decided to make another offer with such a beautiful album titled "Archangel Vol 2" which has been served on all streaming platforms.

As he continues and still keeps on kicking off records and projects back to back, the album, "Archangel Vol 2" serves as his second project this year and fans are widely excited about his impressive performance. The album houses 20 solid tracks of the Hip-hop and Rap genres with the aiding of Trucarr, who rendered good service in making it done and dusted. Truly, this project is amazing and you gonna like it.

From this album, the song "Am Ready Now" appeared as the 7th track with a special production that will surely be worth a place in your playlist. Trust me, you won't like to miss this offering from Dablixx Osha.


Share Dablixx Osha - Am Ready Now Mp3 with others on;