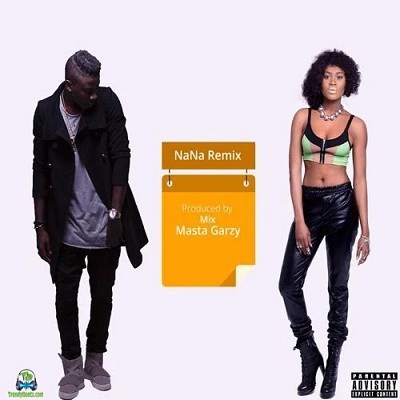 We are excited to present to you, Na Na (Remix), performed by Eazzy and Stonebwoy.

In the year 2016, the Ghanaian versatile diva, Eazzy unleashed the remix of her hit record which she tags, Na Na. On this remix, she employs the service of Stonebwoy, who added a sultry vibe to this tune, which was well-accepted by her music audience and supporters out there.

Eazzy collaboration with the Ghanaian Reggae/Dancehall singer, Stonebwoy is an excellent one. Both music maestros gave their best vocals to ensure this remix is a successful one. Mix Master Garzy, was the brain behind the production of this tremendous entry, one can't get tired of listening to it.

Mildred Ashong, professionally known as Eazzy is a Ghanaian female singer and songwriter. In the yaer 2010, she released her debut album called, Twinkle, some records from the album earned her two nominations at the 2010 4Syte Music Video Awards, as well as five nominations at the 2011 Ghana Music Awards. Since Eazzy has never been relented.

Eazzy - Only One (Video)